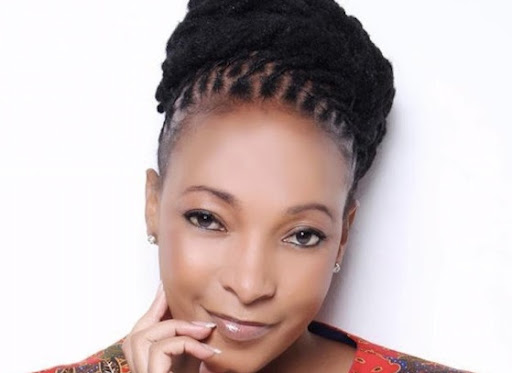 Actor and businesswoman Palesa Madisakwane is an unforgettable face on SA TV. After two decades of roles in television drama productions and presenting stints, a career which started when she was 16, Madisakwane is plotting a major acting comeback.

Still hot and slaying with summer bodies after 40

Staying fit, young and sexy at 40 or above is a challenge. It gets even harder once you hit the stage when your metabolism starts to slow down.

Qwabe hasn't given up acting ambitions.

"As the current generation in the fashion industry, we need to be grateful that such an icon allowed the black child to see the vision", says Tlale.

Scandal! stands the test of time as 4,000th episode flighted

Multi-award-winning e.tv daily drama Scandal! will on Tuesday night mark a milestone as it flights its 4,000th episode. Premiered in January 2005, Scandal! still holds its position as one of the most-watched daily dramas in SA, averaging 5m viewers per night. According to the show’s producers, its strength lies in its consistent ability to challenge conventions, unearth talent and tell compelling stories.

TV and stage actor Sello Maake ka Ncube has hit the right note with his latest play, The Voice, which tackles the issue of gender-based violence – behaviour he admits to having perpetrated when he was younger.

Behind any great live performance by artists, there is an exceptional and hard-working sound engineer lurking in the background making it all possible.

Former Orlando Pirates captain Lucky Lekgwathi’s restaurant has finally reopened after it was looted and vandalised during last year’s protests.

Late opera singer Sibongile Khumalo's daughter is set to step out of her comfort zone with a performance of her mother's songs at the celebration of jazz legend Hugh Masekela, who died four years ago.

In trying to create a platform for artists to showcase their creations, seasoned visual artist and curator Happy Dhlame is using living apartments as a gallery space to stage art shows.

"The show is a bit daring because it has all the sex and nudity. It is raunchy but you know what I’ve always dreamed of being part of productions that can be forward like that."

Zamani Mbhatha showed great potential as a soccer player at school, but the acting bug was just too strong and he dumped the beautiful game for acting. He got his first gig as a TV actor just after completing his matric and never looked back.

Oscar winner Olivia Colman stars in Maggie Gyllenhaal's directorial debut,  'Scream 5' takes us back to the deadly town of Woodsboro, plus news from the Golden Globes

'It’s going to put SA food on the map in the most positive light'.

'Suspension is a lie, I'm on leave'

"In Uthando Nesthembu, it is all of us sharing a space, but in this reality show the focus will be on me. People will know who I am and what I do with whom.”

Police have nabbed a suspect linked to the theft of cellphones belonging to patrons at Maqaqa Exclusive Lifestyle, a venue co-owned by one of the wives of businessman Musa Mseleku south of Durban.

“Since I've become a wife, and a mother, I thought it would be a great idea for the public to see how I’m rebranding myself,” says London.

Mat_Elle: 'I quit my well-paying job to work for free as a broadcaster'

The budding radio personality talks about sacrifices she made to make her name on radio.
Share this page:
Back to Top