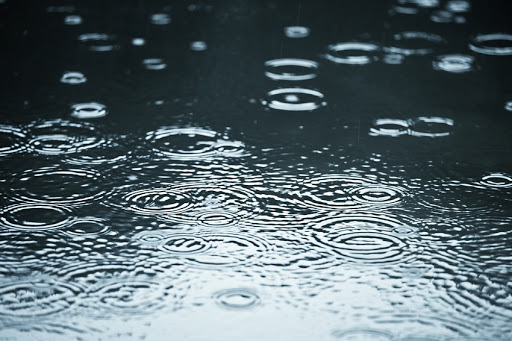 Scores of pupils from a remote village in Limpopo face the daunting task of crossing a flooded river daily to get to school after torrential rains in the area.

How Prof Karim went from doubter to virus fighter

In an interview with Sowetan this week ahead of the commemoration of the anniversary of the first case of Covid-19 being detected in SA, Prof Salim Abdool Karim said he had mistakenly downplayed the virus.

Gauteng had to obtain court orders for Covid-19 patients

The Gauteng government had its hands full and in some cases needed the help of law enforcement agencies including courts to force infected people to quarantine in the early stages of the epidemic.

A year on since first case of Covid-19 in SA

"A 38-year-old male who travelled to Italy with his wife. They were part of a group of 10 people and they arrived back in South Africa on March 1, 2020." This is how SA was introduced to covid-19 pandemic.

On March 5, 2020 health minister Zweli Mkhize announced that the country had its first confirmed case, a man who was part of a group of 10 who had returned from Italy.

Just a month after they were released from a quarantine site in Limpopo, twins Mvuzo and Mvuyisi Nkcosolwana-Vili were stigmatised and threatened at home in Mthatha, Eastern Cape.

Families of Covid-19 victims speak of their anguish

As SA reached a grim milestone of recording more than 50,000 Covid-19 deaths this week, relatives of some of the people who lost their lives to the virus spoke of their hurt and how their lives were cut short.

I almost lost my job over quarantine site – health MEC

Limpopo health MEC Ramathuba says the decision to allow repatriated South Africans from Wuhan to be quarantined at the Protea Ranch Hotel in the province had the potential to end her political career.

Two months after flying an SAA flight on a historic mission to repatriate South Africans from a Chinese city that was the epicentre of Covid-19 last year, Capt Vusi Khumalo spent nine months grounded, unable to fly

Pregnant woman stabs lover to death in a fight

A pregnant Soweto woman who allegedly stabbed her lover to death during a scuffle, says she only realised afterwards that the man was fatally wounded.

Police in northern India said they had arrested a man who beheaded his daughter and carried her severed head to the village police station, a case that spurred calls for a new law against so-called honour killings.

When and how bad Covid-19 third wave will be depends on how people behave, says Zweli Mkhize

Society’s behaviour will determine when the country will experience the third wave of Covid-19 infections, health minister Dr Zweli Mkhize said on Thursday.

International relations and co-operation minister Naledi Pandor has issued a fiery broadside to MPs opposed to the nomination of the Cuban medical brigade for the 2021 Nobel Peace Prize.

Two eThekwini municipal game rangers were shot and killed in an "ambush" at the Silverglen Nature Reserve in Durban, city mayor Mxolisi Kaunda said on Thursday.

Chief justice Mogoeng Mogoeng has been ordered to apologise for, and retract, pro-Israel comments he made during a webinar in June last year.

Three killed as truck crashes into car, pedestrian and school building in KZN

Three people died on Thursday morning on the KwaZulu-Natal south coast when the driver of a tipper truck lost control of the vehicle, paramedics said.

Former Trillian Management Consulting CEO Bianca Goodson was left in tears as she explained how being a state capture whistle-blower had ruined her life.

Murder, rape and other major crimes on the rise in Gauteng

Nearly 100 more people were murdered in Gauteng during October and December 2020 compared to the same period in 2019, statistics released on Thursday show.

The high court in Pretoria has issued a warrant of arrest for former crime intelligence boss Richard Mdluli for failure to appear in court for his fraud case on Thursday afternoon.

Licence not renewed: that's why HP Sauce is off South African shelves

More than 28 million bottles of the iconic HP Sauce are consumed annually across the world, but no longer in SA.

Twenty-seven crocodiles have been recaptured after they escaped from a breeding farm on the Breede River, CapeNature said on Thursday.

A man in his 70s was killed and his wife seriously injured after being stabbed several times during a suspected house robbery at Mbombela on Thursday.

The hunt is on for several young crocodiles that escaped from a breeding farm in the Western Cape province of South Africa, authorities said on Thursday after capturing 26 on overnight patrols. An unknown number of Nile crocodiles, widespread in Africa, escaped from a Bonnievale commercial breeding farm into the Bree River on Wednesday, sparking a hunt involving police, landowners and conservation officials.

Nelson Mandela Bay mayor Nqaba Bhanga said at a media conference on Thursday that he would set up a multi-sector committee to support the objection process.

Most African countries will kick-start their Covid-19 vaccination programmes by the end of March as efforts to procure doses for the continent's 1.3 billion people gather pace, the World Health Organisation said on Thursday.

Ghana's Supreme Court on Thursday upheld President Nana Akufo-Addo's election victory, rejecting a challenge by the runner-up John Mahama who had alleged irregularities in the results.
Share this page:
Back to Top